Historical Romance is about the adventure of living in a different time period. It’s a love story that was never told. Take a journey into the past!

One Last Dance: Felicity Brooks is a talented artist but her career is cut short when her father passes away. Realizing the importance of family, she travels home to care for her mother. When Felicity meets their new neighbor, a fine-looking bachelor, she soon discovers that he is hiding his true identity. Nicholas Adams is on a quest. But that is not all. When she finds out that someone is after a valuable heirloom…a precious treasure that her father discovered in his attic, her life takes a new turn. Will one last dance heal her broken heart? 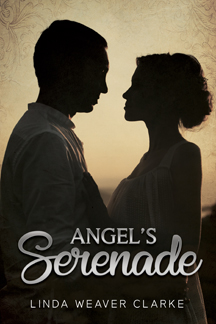 Angel’s Serenade: Emmeline Scott is raising her sister’s two children and is surprised when she finds out the new doctor in town is helping her nephew adapt to his surroundings. As Emmeline gets to know the charming doctor, they become intrigued by her neighbor’s mysterious behavior. Will they discover his secret? And who is the leader of the River Pirates, who is causing so much havoc?

A Pleasant Rivalry: Angelica Davis is surprised when she finds out that an old school chum has returned to Willow Valley to take over his grandfather’s business. Since she writes articles for the Chronicle and Simon Morgan owns the Willow Valley News, they just happen to be rivals. The competition is on. Who will be the first to discover the identity of the jewel thief or the arsonist? Will it be Angelica or Simon? Gradually the feelings she once had for him return as they both search for the same stories. To her surprise, Angelica realizes she is losing her heart to her rival. 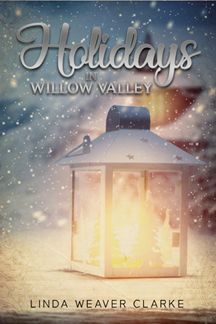 What were the holidays like at Willow Valley  in 1840? How will Emmeline and Felicity celebrate Valentine’s Day? Do Sam and Josie believe in leprechauns and the pot of gold when St. Patrick’s Day comes around? Is it common to play jokes on one another on April Fools Day? Nicholas and Lucas find out first hand. Angelica’s eyes are opened when she is challenged on Independence Day. When the Irish and Scottish came to America, they brought their Halloween traditions with them. How about Christmas? Will Willow Valley accept these traditions? Find out as you share their experiences. This book is full of surprises.

Tales of Willow Valley: A Collection of Five Love Stories!

The Light at the End of the Tunnel: When Thomas finds out that the proprietor of Hannah’s Hot Chocolate Shop is struggling, he comes up with a brilliant idea. Will she agree to such an unconventional plan? Leave or Perish: When Jonathan watches Serenity chase off thieves with a sword in her hand, he becomes intrigued with her. How will he win her heart? A Broom in her Hand: When Laura reports that a thief snuck into her home, William finds out that she chased the intruder off with a broom, but he soon learns the man’s invasion is much bigger than he realizes. Deception: When Peter accepted the job of writing letters to a young lady on behalf of his employer, he soon realizes he is falling in love with Pauline. A Cry for Help: When Joshua is sent with a message for Mary, the note says that she must go on a dangerous quest and he is determined to accompany her. 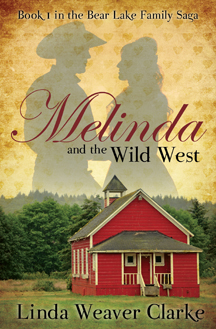 Melinda and the Wild West: Melinda Gamble wants to make a difference in the world. Without hesitation, she accepts a job as a schoolteacher in the small town of Paris, Idaho. She has many challenges such as trying to help a rebellious student, coming face-to-face with a notorious bank robber, a vicious grizzly bear, and finding herself in a terrible blizzard that leaves her clinging to her life. But it’s a rugged rancher who challenges Melinda with the one thing for which she was least prepared—love.

Edith and the Mysterious Stranger: With mysterious letters, cattle rustlers, a spunky woman, Halloween, and young love, there is always something happening. Edith, a nurse, moves to Idaho to care for her cousin Melinda who is having a difficult pregnancy. She has wonderful qualities but never gives a man a second chance because her expectations are so high. However, all that changes when a mysterious stranger starts writing to her. For the first time, she gets to know a man’s inner soul before making any harsh judgments. Whoever he is, this man is a mystery and the best thing that has ever happened to her. The question that puzzles her is whether or not he’s as wonderful in person as he is in his letters.

Jenny’s Dream: Jenny Roberts has a dream to escape her small hometown to become a writer. She develops a friendship with a young farmer who is new to the area and has secretly fallen in love with her. After she realizes that her friend means more to her than she thought, she must now choose between a career and romance. Which dream should she pursue? The only thing standing in her way is an unpleasant memory, which has haunted her since childhood. She must learn to forgive before she can choose which dream to follow. Meanwhile, a legendary ten-foot grizzly is seen in the area and its boldness has frightened the community.

Sarah’s Special Gift: Sarah is a beautiful and successful dance teacher. She is deaf, but this does not stop her from living life to its fullest. While visiting the Roberts family, David finds himself entranced with this very special lady and ends up defending her honor several times. He finds that Sarah has gone through many trials as she teaches him the importance of not dwelling on the past and how to love life. Meanwhile, David learns about the legend of the Bear Lake Monster and wonders why the community believes in such a thing. He is determined to prove there is no Bear Lake Monster.

Elena, Woman of Courage: The “Roaring Twenties” was a time of great change, when women raised their hemlines and bobbed their hair. The language of the era was also new and different. Watch a young love blossom in this sweet romance. When Elena Yeates settles into a small western town as the newest doctor, a few problems arise. The town is not ready for a female doctor, let alone one so strong and independent. She must struggle against the prejudice to establish her new practice. As she fights to prove herself, the town’s most eligible bachelor finds it a challenge to see if he can win her heart.

Edith and the Mysterious Stranger takes place in the early 1900s when an independent woman was still a novelty. Linda Weaver Clarke skillfully incorporates her family heritage into this romantic work. A woman’s choices were limited after she married, so Edith was determined to find the perfect man who encouraged her strengths while completing her weaknesses. The problem with that was she judged each man before she got to know his heart. Before Edith came to help her cousin, Melinda, with her pregnancy, her family prepared their matchmaking scheme. They cast two men before her to compete for her heart, but it is the mysterious stranger who writes to her that steals her heart. She doesn’t know who he is but as they reveal their souls on paper, she realizes she may have been too harsh with men.

Edith and the Mysterious Stranger is a cozy romance that will warm any heart. I love how Linda Weaver Clarke sees the beauty and mystique in her own grandparents’ courtship and incorporated much of their lives into the story’s plot. The story not only focuses on Edith but also Melinda and Jenny, who are featured in other books in the Bear Lake series. The characters’ flaws give them a realistic feel that endears them to the reader. While writing letters to a stranger is not original, it is a nice touch in a love story. Knowing that some of the love letters are based on correspondence her grandmother received gives the reader an authentic reading experience. I truly enjoyed this novel and will look for more books from this author.